Tasked with finding a place to have afternoon tea on May 19th, Megan Markle and Prince Harry’s wedding, visited the Tea Cart in Berryville. 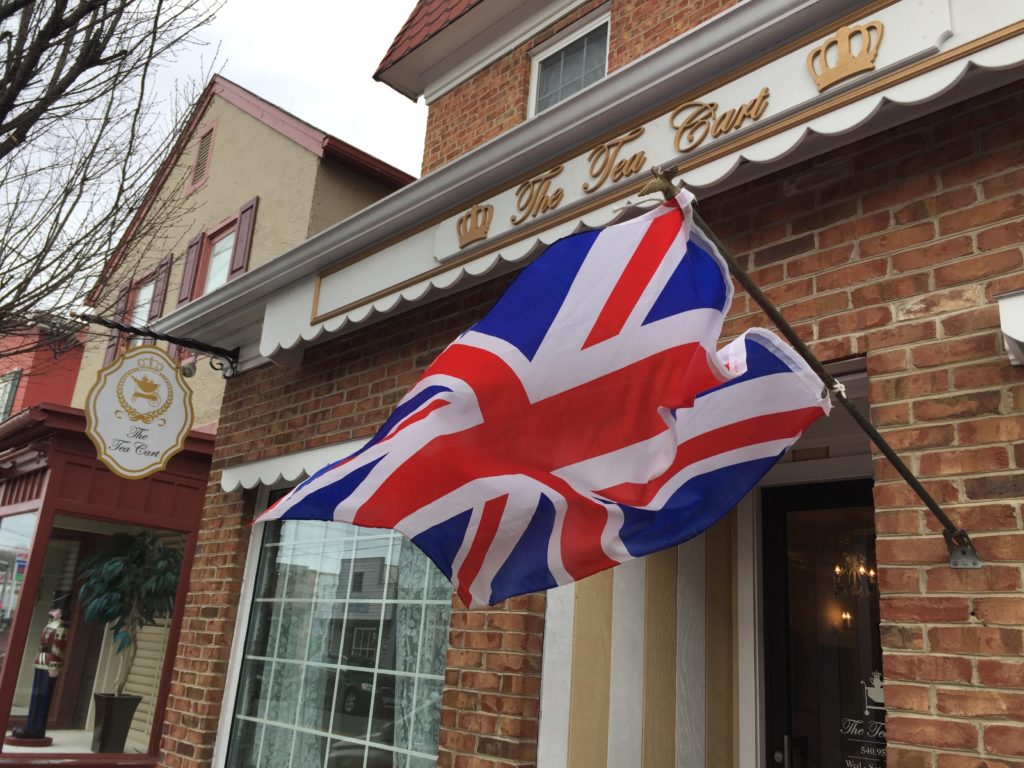 I can’t parallel park and downtown Berryville has only street parking.   Fortunately there were plenty of spots which made it doable.   Also, free parking on weekends is a bonus.

Entered before the shop officially opened without a reservation.   The proprietor said she had had a cancellation for a table for one if I could return in half an hour.    I am a table for one with time to spare.

Downtown Berryville had some historical buildings. 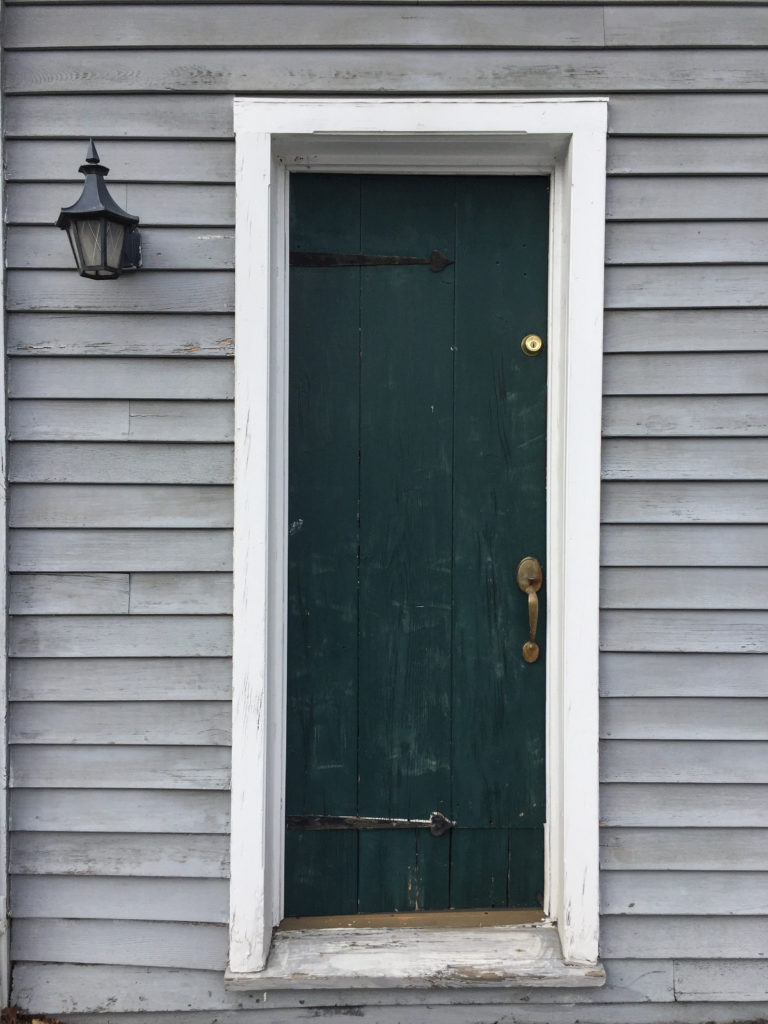 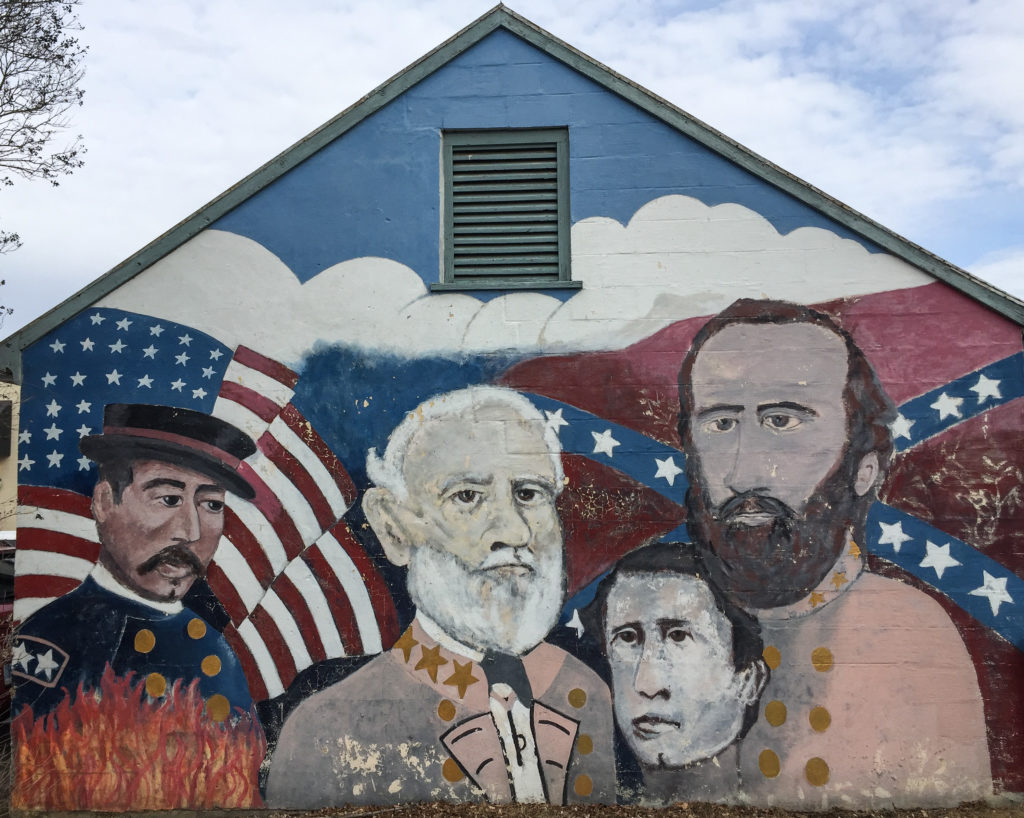 A number of murals were painted on buildings. 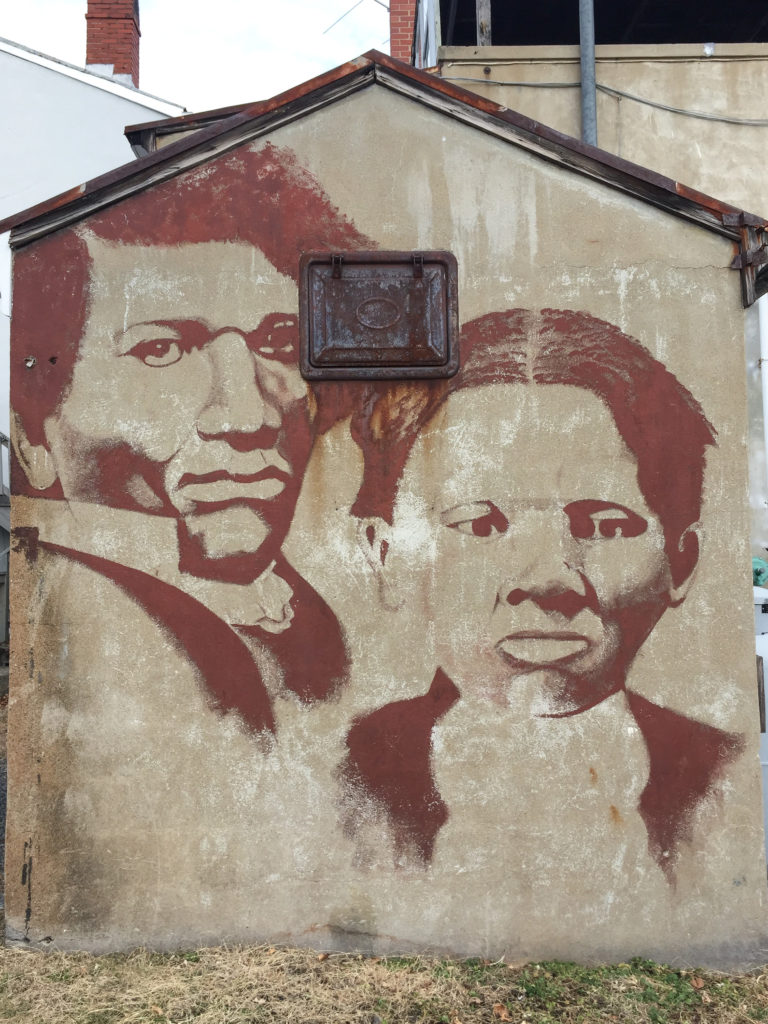 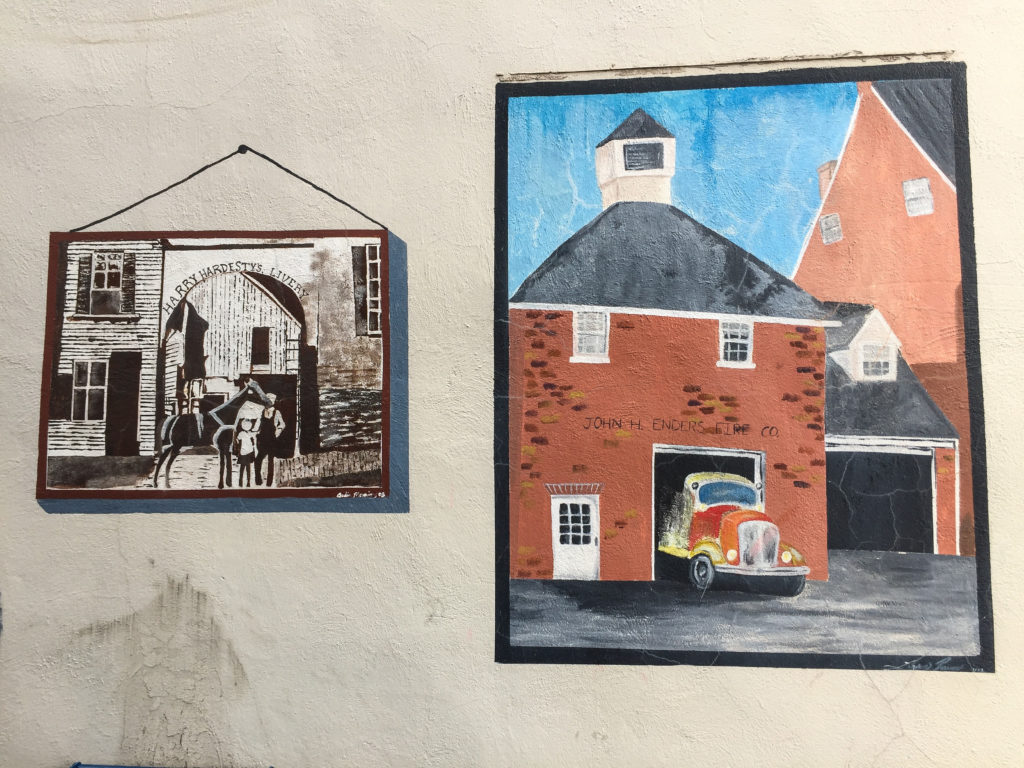 Stopped in at Cordial Coffee. 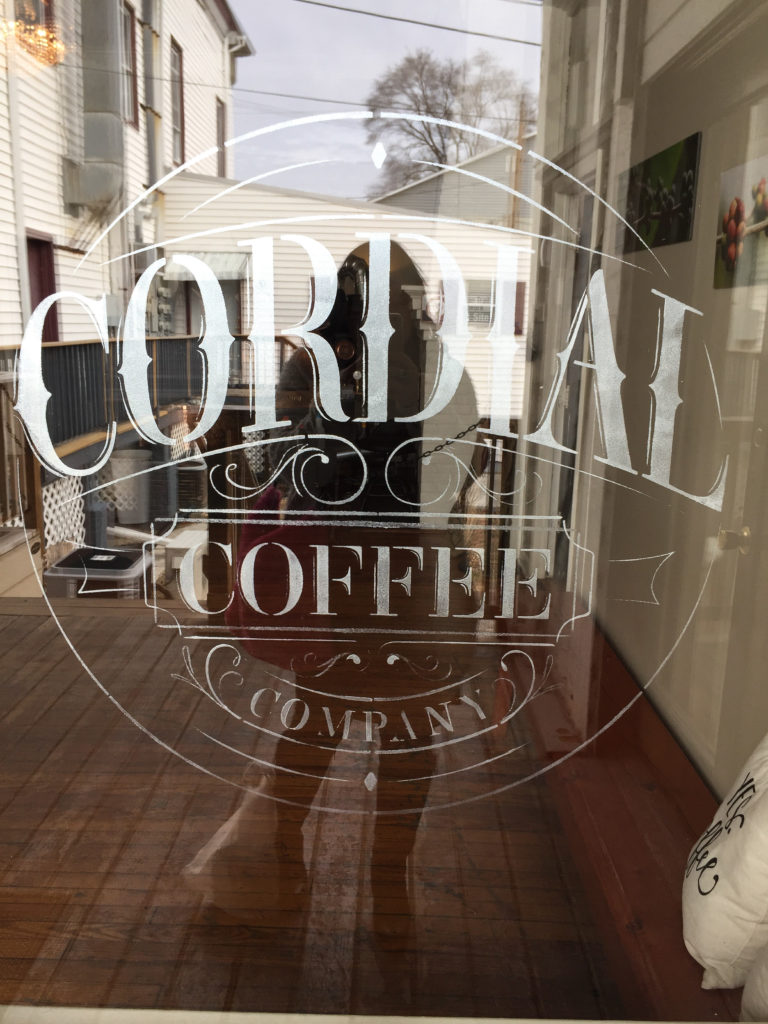 Where they roast coffee using: 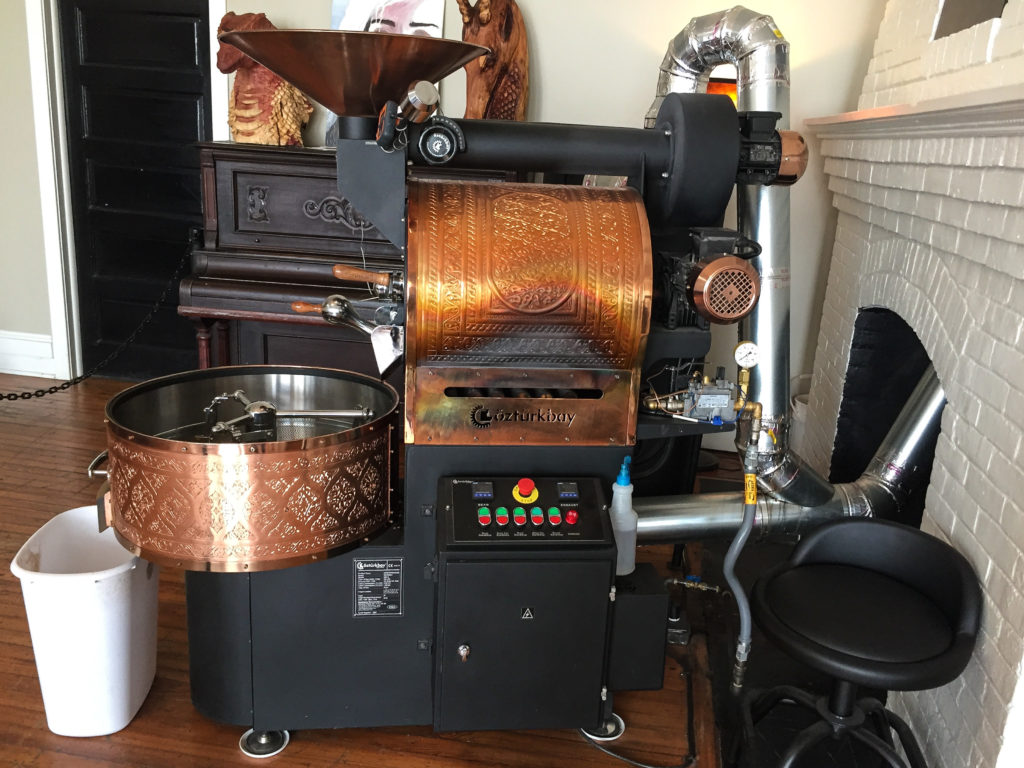 Bought a bag of coffee and a mocha syrup to take home. 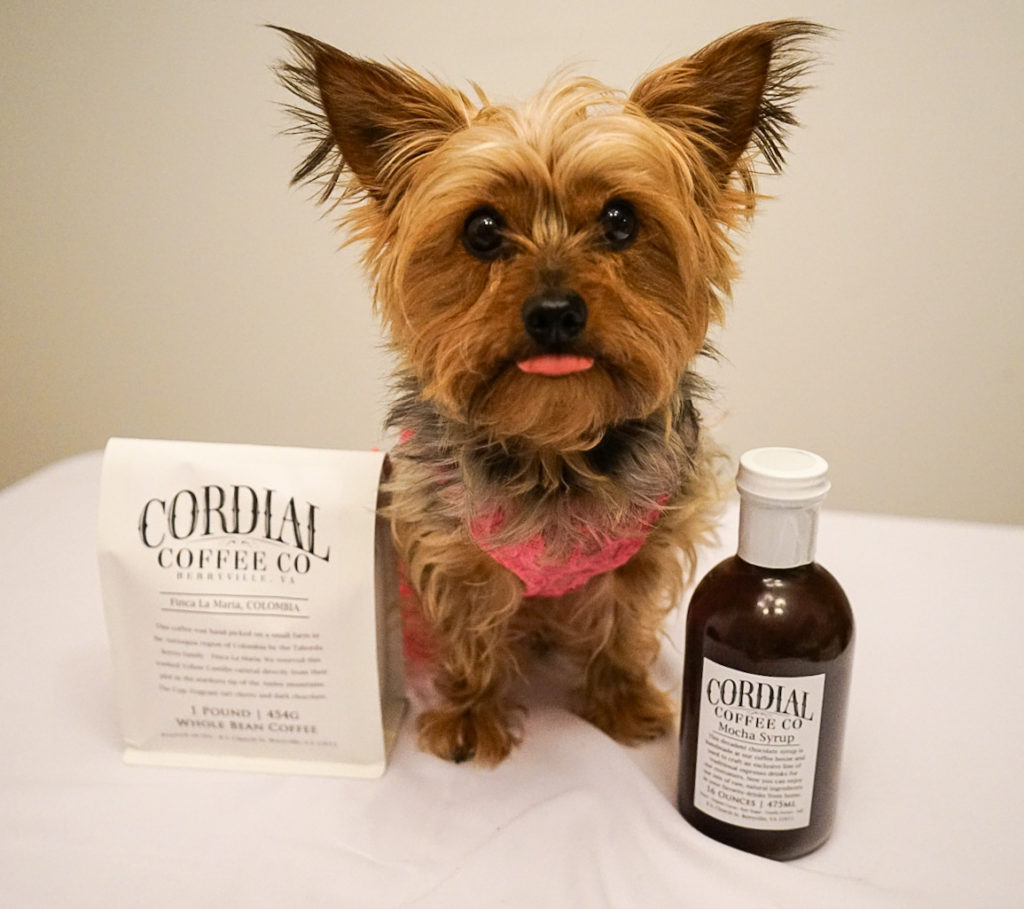 While walking back to The Tea Cart, saw a couple of cute store fronts. 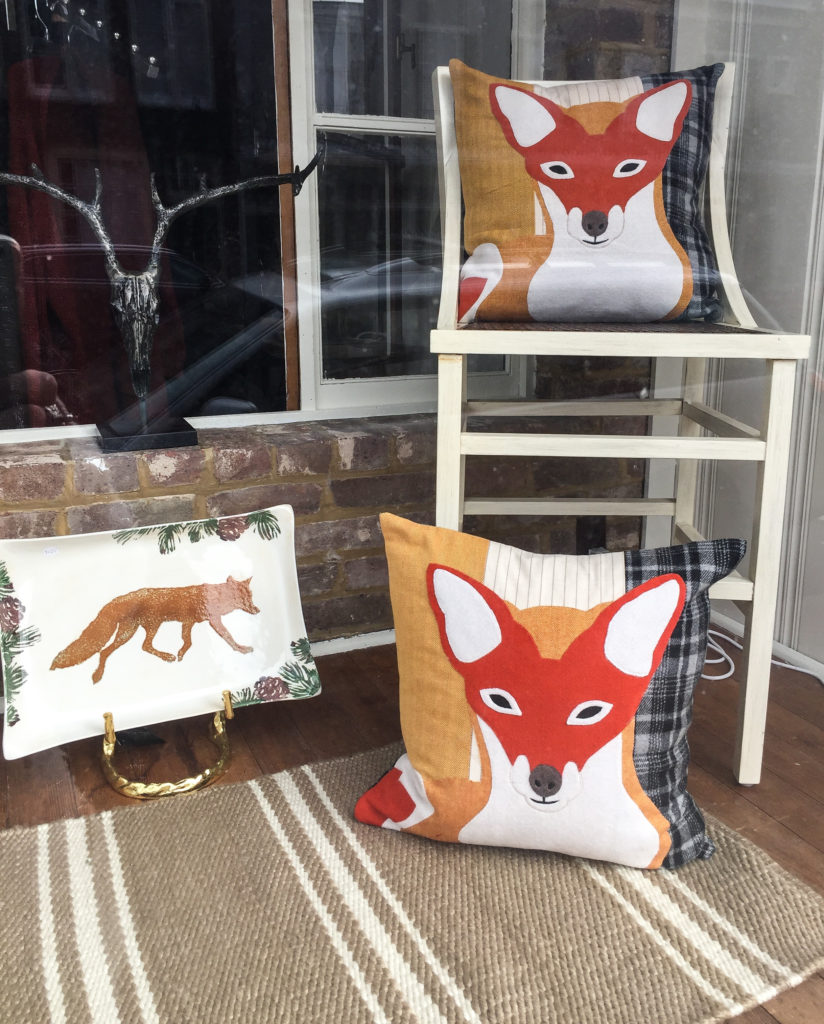 Love that they wash horse blankets. 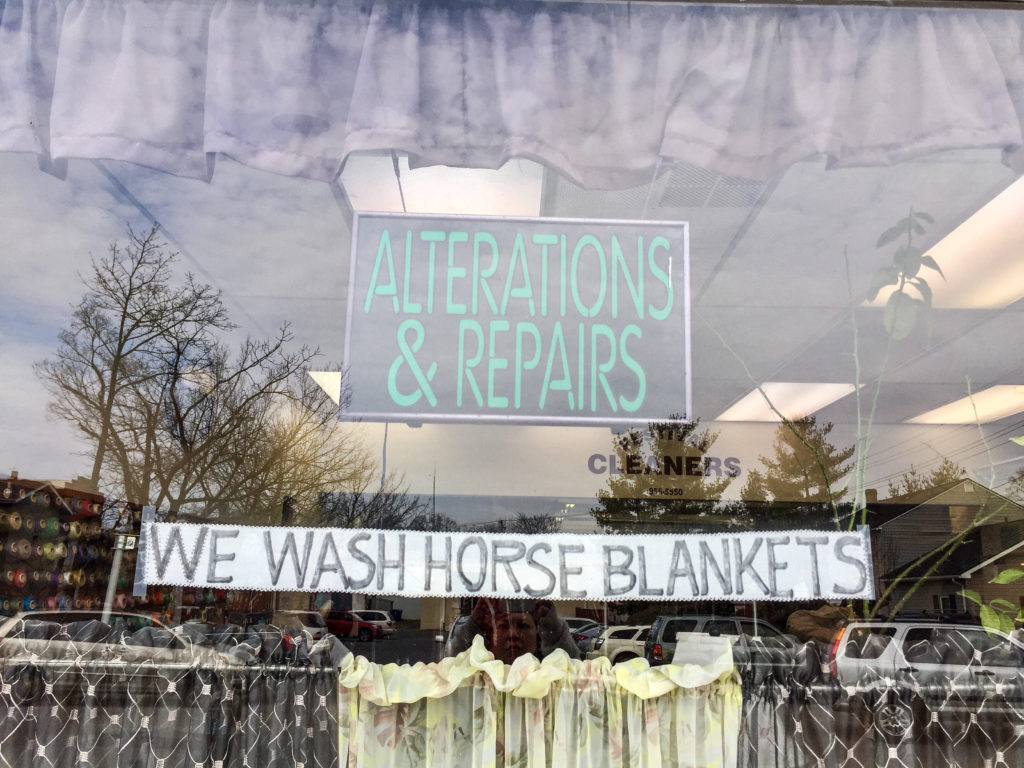 Returned to The Tea Cart and was seated. 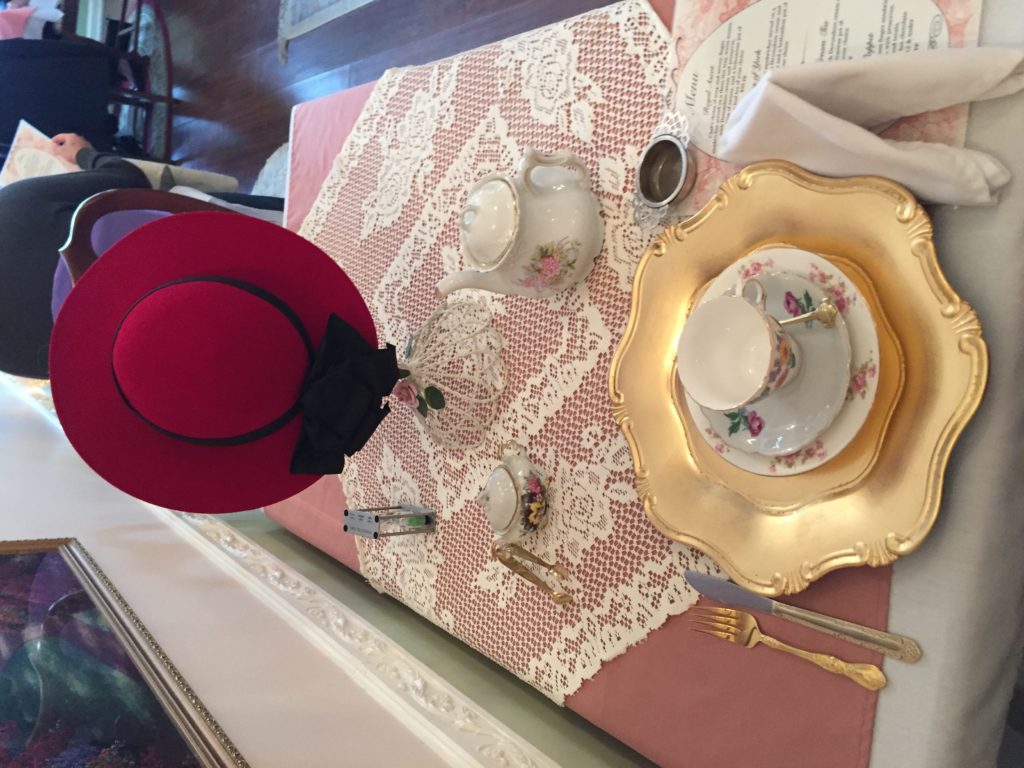 Every table has a hat. You can also pick another hat from a stand 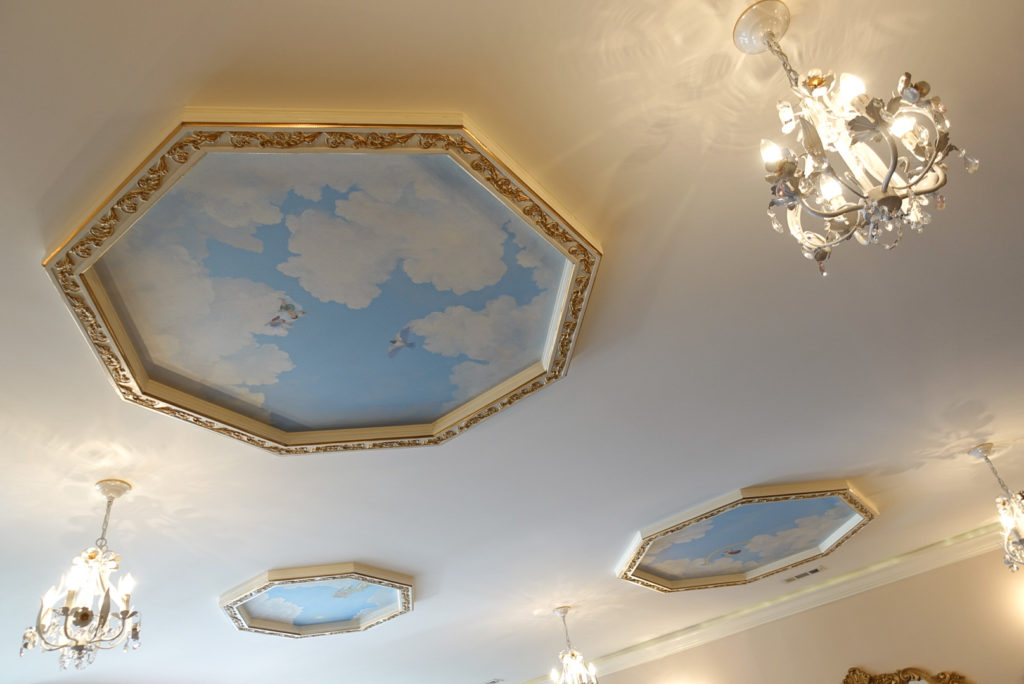 The interior is very… feminine? Girly?  What you’d expect in a Victorian tea shop? 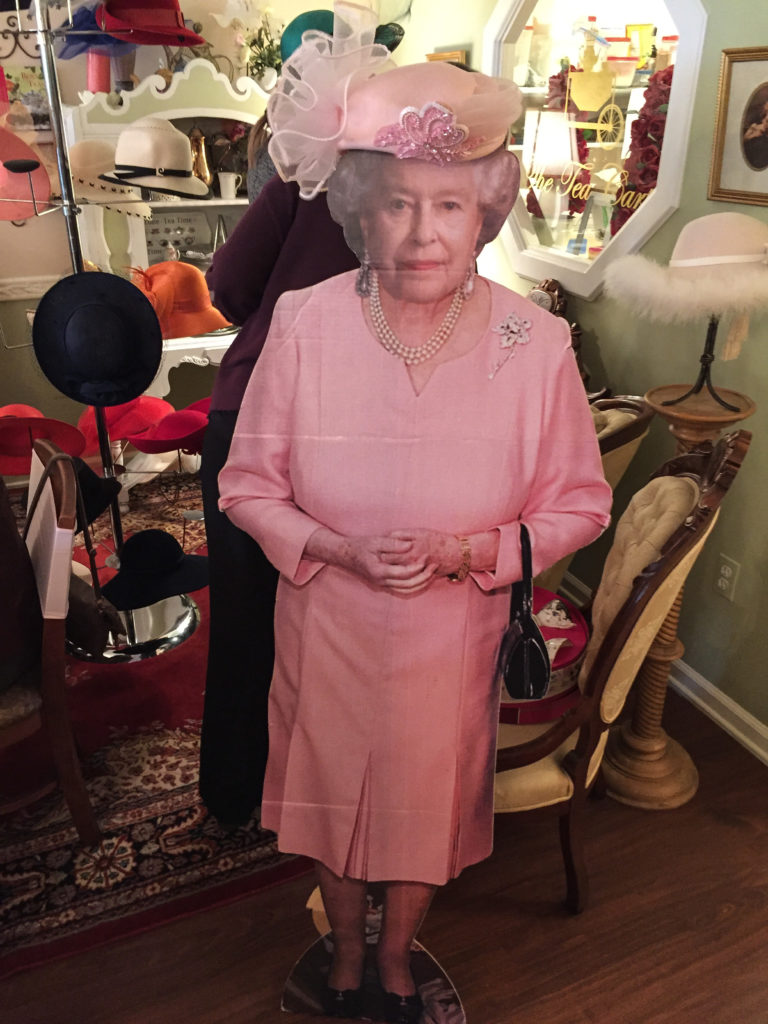 You can take a pic with Queen Elizabeth. 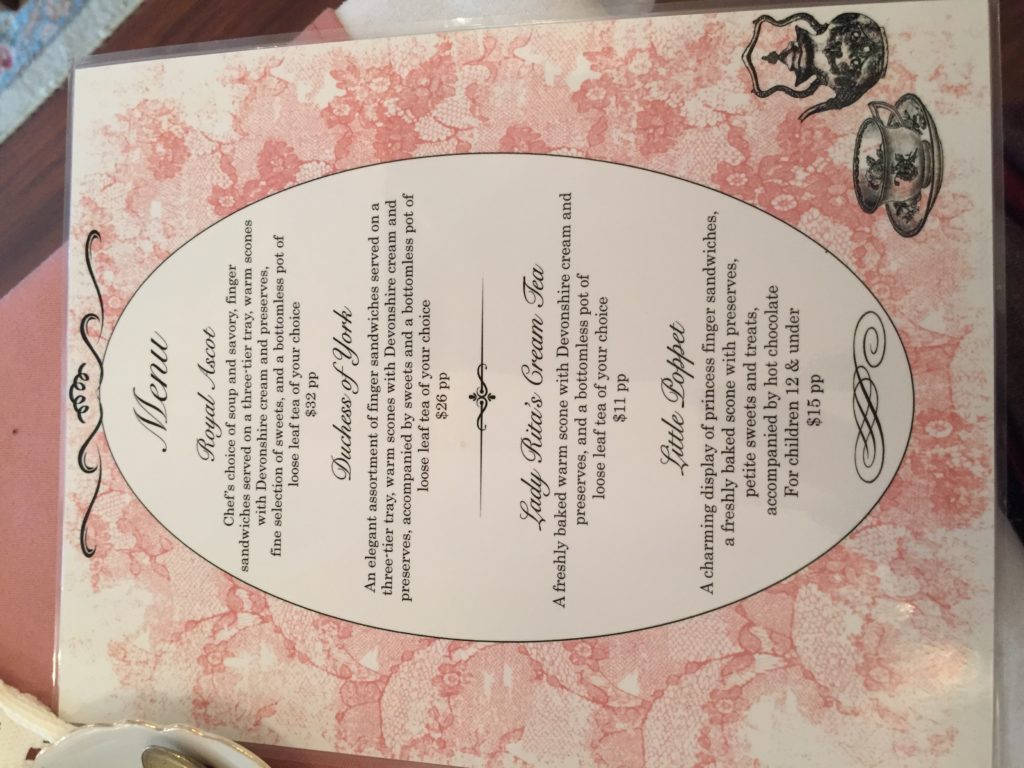 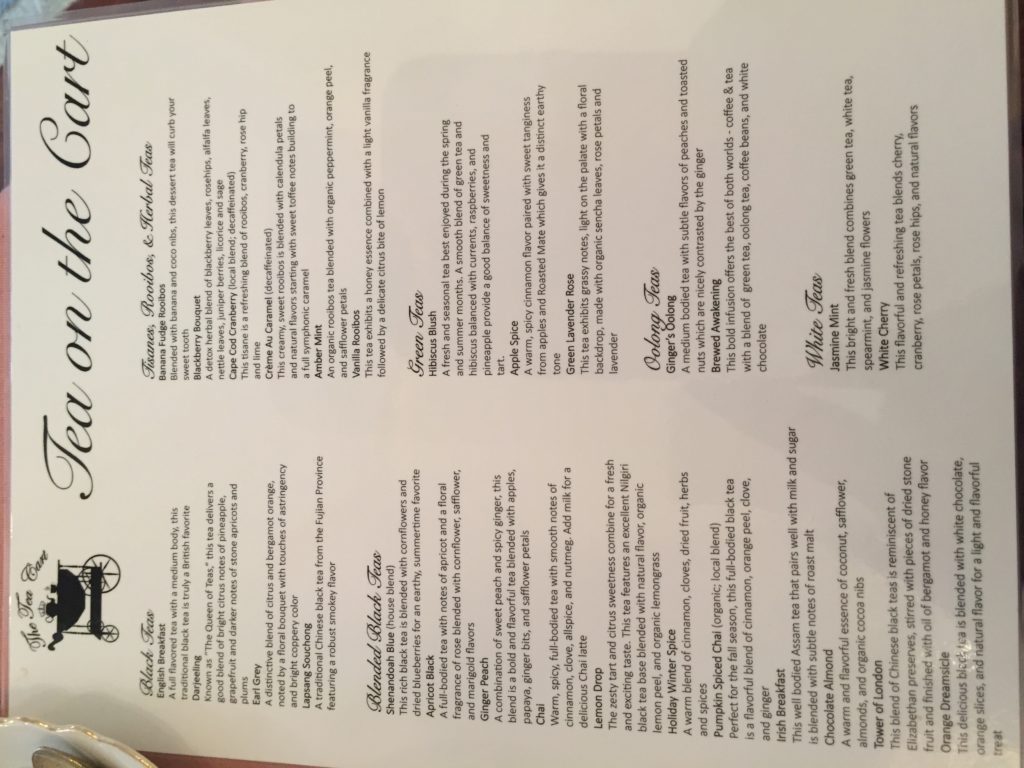 The soup and savory in the Royal Ascot were tomato bisque and a sausage roll.

Ordered the Duchess of York with the Shenandoah Blue tea.

The restaurant was completely booked with at least 3 patrons with birthdays (the staff sing Happy Birthday).  Sat beside a table of maybe 10 girls maybe 8 to 10 years old.   Considering the hats, linens, etc materials that absorb sound, it was super loud. 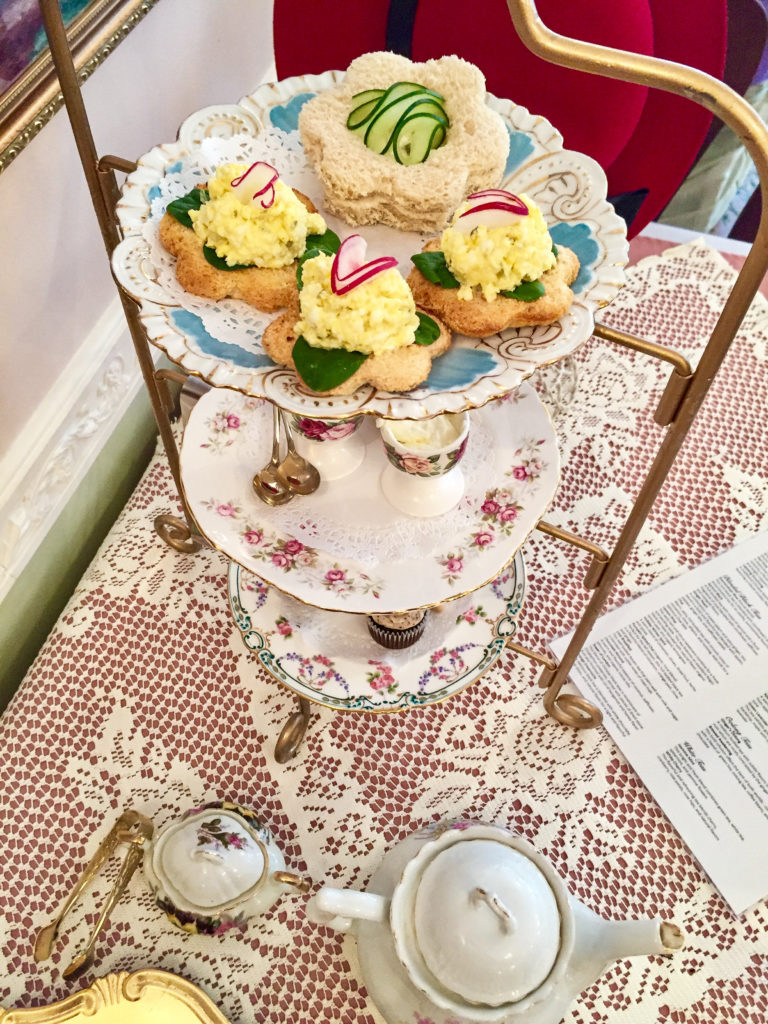 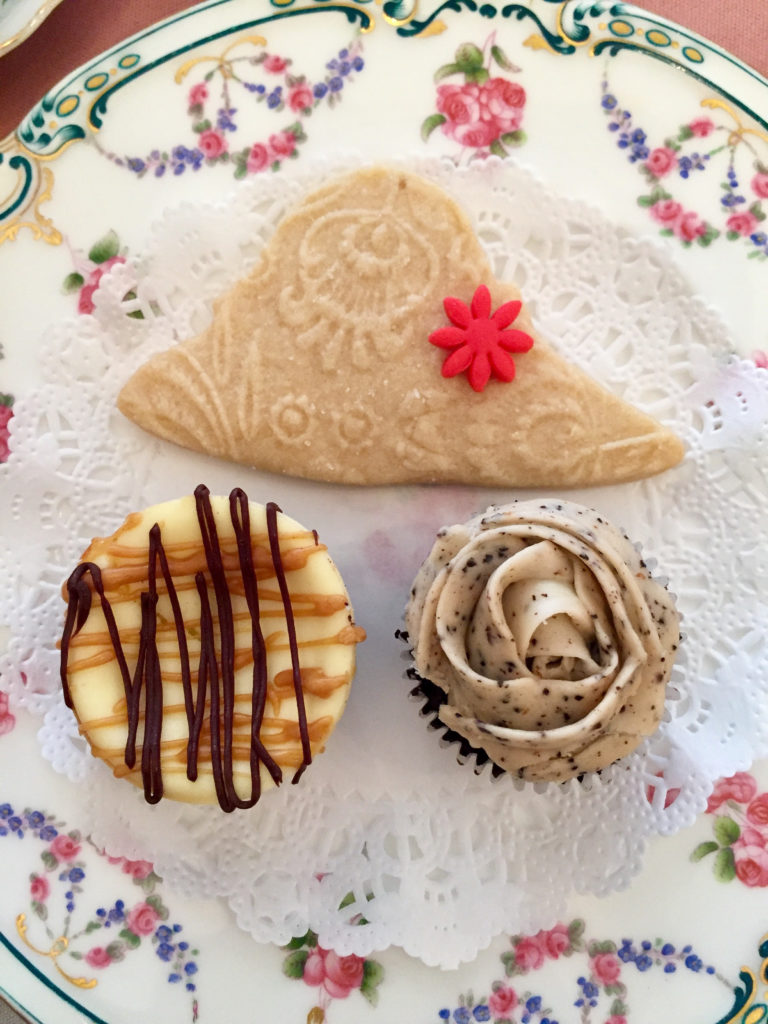 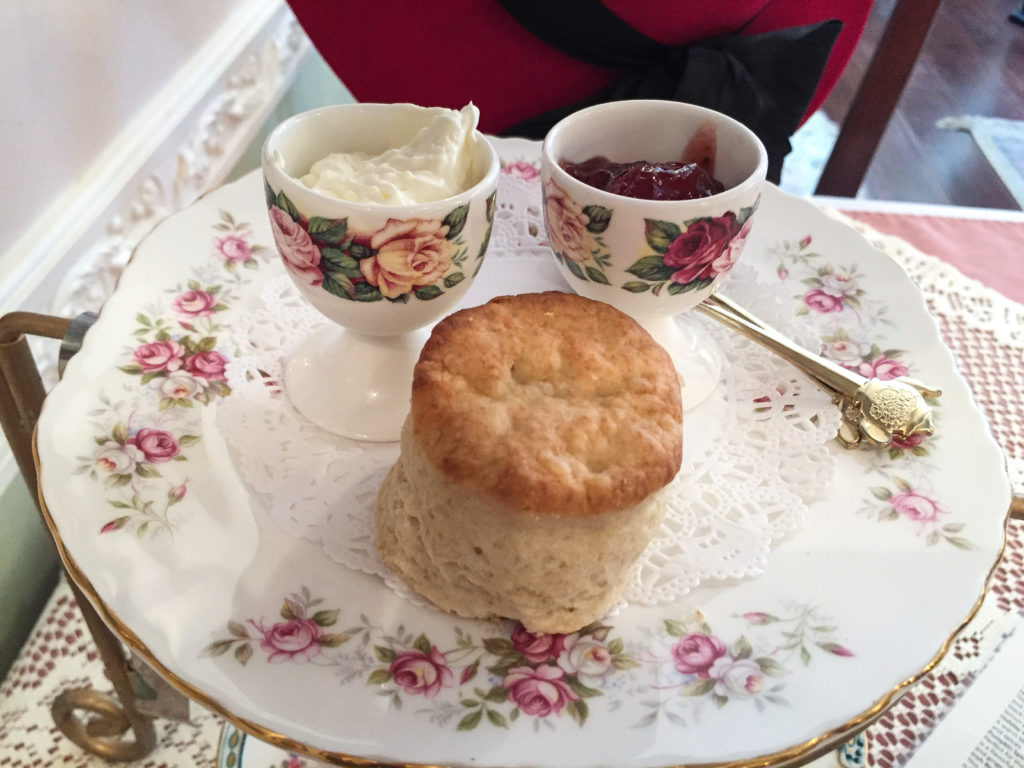 The sandwiches offered were:  cucumber, egg salad, chicken salad, and roast beef.   Received 2 egg salads in place of the chicken and beef.   Everything was so pretty.  The sandwiches were surprisingly large.

The scone was okay – a bit dry.   The strawberry jam was ❤️.

The mocha cupcake was really good.   Usually avoid buttercream but ate this one’s.

Brought home a tin of the Shenandoah Blue tea.